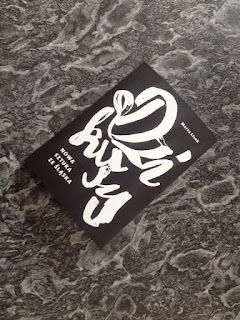 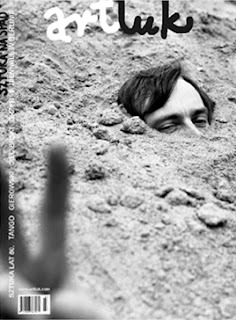 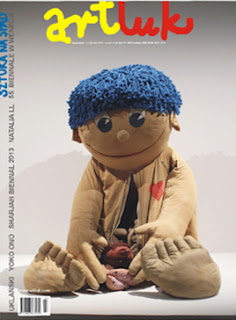 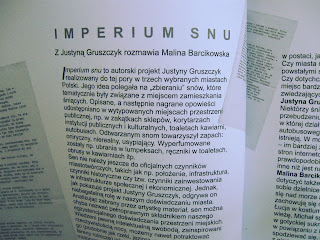 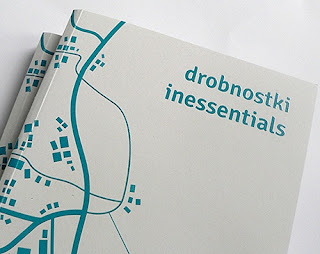 1 Sara's dream, http://imperiumsnu.blogspot.com/p/katowice.html.
2 U. Eco, ‘Milion: opisanie nieznanego’, in Opisanie świata, Marco Polo (Warszawa: Wydawnictwo W.A.B., 2010), 8.
3 Ibidem, 9.
4 ‘KUBLAI: Perhaps this dialogue of ours is taking place between two beggars nicknamed Kublai Khan and Marco Polo; as they sift through a rubbish heap, piling up rusted flotsam, scraps of cloth, wastepaper, while drunk on the few sips of bad wine, they see all the treasure of the East shine around them. POLO: Perhaps all that is left of the world is a wasteland covered with rubbish heaps, and the hanging garden of the Great Khan's palace. It is our eyelids that separate them, but we cannot know which is inside and which outside.’ Italo Calvino, Invisible Cities, http://danworks.files.wordpress.com/2010/01/italo-calvino-invisible-cities.pdf (accessed October 19, 2012), 26.
5 U. Eco, ‘Milion: opisanie nieznanego’, in Opisanie świata, Marco Polo (Warszawa: Wydawnictwo W.A.B., 2010),
6 J. Potocki, The Manuscript Found in Saragossa (New Jersey, USA: Penguin Classics, 1996).
7 I. Calvino, Invisible Cities, http://danworks.files.wordpress.com/2010/01/italo-calvino-invisible-cities.pdf/ (accessed October 19, 2012), 12.
8 They were not only my dreams, and I also interpret Miszka's dream as a dream about the project: ‘I had a dream about bwa Gallery in Katowice. There were lots of people inside, including many of my friends. They were waiting for some event to start. In the meantime, visitors were being entertained by a musician, a friend of mine, who was singing something that sounded like a NIWEA song. And this was weird because it is so much NOT his style. I was having a chat with someone behind the scenes, someone was playing squash (?!) in the gallery, someone else was cycling… I couldn’t grasp the absurdity of the situation and I was really annoyed that I was the only one to notice its ridiculousness. No one was looking forward to beginning of the event that they came to see. The theatre of the absurd, tennis balls, bikes, NIWEA and me.’
9 O. Tokarczuk, Dom dzienny, dom nocny (Kraków: Wydawnictwo Literackie, 2005).
10 ‘In my dream I’m standing at a car parking lot in a forest. I can see some walls showing through the trees, there is a small church. There is a tourist information board at the lot. It says that it is an 11th century Romanesque church. I’m heading in its direction. It turns out I haven’t got shoes on, and my feet are so sensitive that despite the darkness I can feel the colour of the ground underneath. I go into the church. It's empty and cold, but not unpleasantly cold, although I’m lightly dressed in a thin, white dress. I’m absorbing this place with my whole person, I’m breathing it in. Next day, I try to find this place on a map, I do it in vain, knowing very well that there isn’t such an historic place in Poland.’
11 ‘I once dreamed that the Earth was empty and we lived in the middle. Looking up at the sky, if the weather was good, I could see both Americas. They looked nice and green. Once I even communicated with someone from Canada and we waved to each other from both sides. It was a few years after that dreamed it, that I learned that the Hollow Earth Theory really exists.’
12 K. Szreder, ‘Sztuka publiczności’, in Miasto miejsce znaczące (Toruń: Galeria Sztuki Wozownia, 2008), 36.
13 E. Rewers, ‘Miejskie archipelagi’, in Miasto miejsce znaczące (Toruń: Galeria Sztuki Wozownia, 2008), 7. 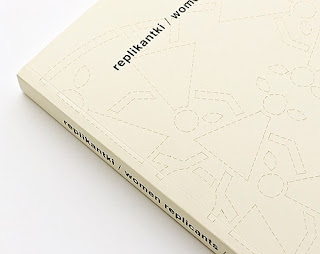 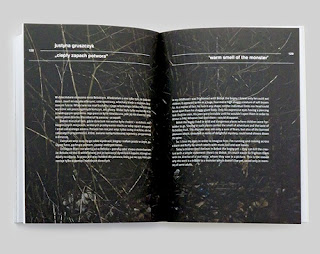 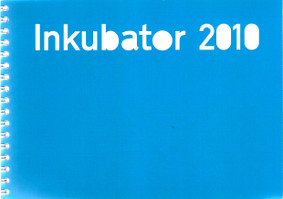 
In 1937 Katarzyna Kobro wrote in the magazine Gŀos Plastyków (Voice of the Artists) the following: “A sculpture is a part of space. This is why to be organic it has to be connected with space. A sculpture should not be the composition of a form closed in a block but, rather, an open spatial creation in which the inner part of the compositional space is connected with the external space. Rhythm is the compositional unity. The energy of the subsequent shapes in space creates time and spatial rhythm”.
The notion of space was the starting point of Katarzyna Kobro's idea of sculpture. She thought that space was homogeneous and lacked distinguishing marks as well as reference points. Kobro's sculptures were open, i.e. she endeavoured to organise them in such a way that a sculpture and space around it co-existed. Kobro wanted to sculpt not only shapes but also the space around her compositions. She wanted to transfer the mathematical and objective order of sculptural constructions to the surroundings. The artist wanted to change the world by means of mathematics.
Is it possible to modify the reality by means of a scent? Unlike numbers, aromas and the sense of smell are subjective. Despite the change of the attitude towards the sense of smell, which used to be perceived as not relevant in humans, and in spite of the development of studies, we still do not know much about this particular sense.
The contemporary world gives a multitude of auditory and visual stimuli. However, the senses of touch, smell, and taste seem to be neglected. They can be compared to a virgin forest, even though they are responsible for our initial contacts with our surroundings as well as getting to know the world. What is more, the aromatic sensations are very personal. Some people are more sensitive to different aromas and compounds than the others. Although the attempts to objectify this idea have been made since the 1990s, advertisement 'aromatises' the space to build the image of a brand.
During the project Permeation Justyna Gruszczyk changed the characteristic scent of six places of the Down City. She filled dingy staircases with the aroma of raspberries, blackberries, and lemons. The pharmacy on Jaskółcza street started to smell of menthol tablets. Did these temporary changes influence the perception of these places? What kind of space was created? Aromatic substances give us a lot of information and influence our behaviour, warning us of danger, informing about sexual attractiveness, as well as influencing our emotions. They are remembered easily and permanently. Particular fragrances build an adequate atmosphere but we still do not know how they influence our psyche.
Justyna Gruszczyk by using different fragrances in her works examines to what extent art can influence the surroundings. Aromas evoke certain intimacy and subjectivism. Different people have different associations with a given scent. The red aroma of raspberries can be associated with something easy and pleasant by some or something heavy and kitsch by others. It can also be associated with love, eroticism, or summer holidays. The space created by the artist, despite being generally accessible, became sensual, subjective, and distant from sculptural mathematics. Nevertheless, the goals seem to be similar. What changed are the areas of experimenting with various means of expression. 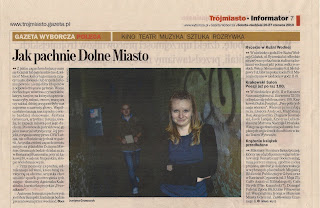 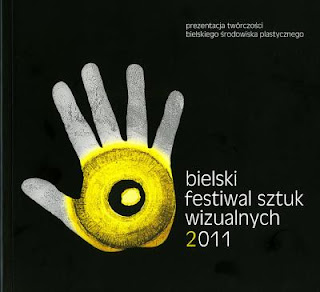 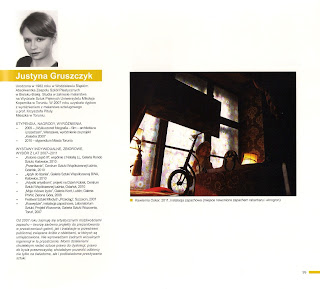